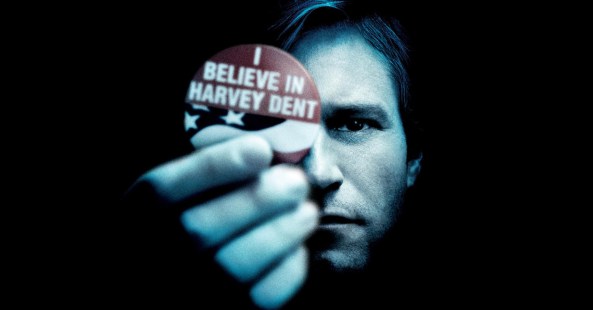 A true storyteller can often have the best insight on human condition. After all, in order to tell our stories, bards must have an intimate understanding of the forces that drive us. Within most of us, there is a struggle, an arc, a journey that is ruled by an internal conflict.

Often the key to said conflict can stare back at us the entire time.

Which brings us to the Dark Knight, the second of Christopher Nolan’s trilogy which I had the opportunity to rewatch the other night.

As for the movie itself, I think everything that needed to be said has been said: Christian Bale was a solid lead; the late Heath Ledger actually surpassed all the hype in his performance and Aaron Eckhart didn’t get the credit he deserved for his role as Harvey Dent.

Throughout the film, Bruce Wayne was seeking a white knight for Gotham. Someone pure…

Hello everyone and welcome to the newest episode of Brain Food At The Movies! I hope that you all enjoy it!

Just… bloody hell, people… if you can have more diversity in your movie about a giant, radioactive mutant than a movie about some stupid little magic ring and dwarves and elves, something’s wrong.

Also, I’m not seeing Blended. I don’t think I need to watch a comedy about white people healing their souls by going to Africa… and not just any country in Africa, but, you know… just Africa.

Don’t mind me. I’m geeking out across the pond as I get to return to my good buddy Sisterspooky’s blog and share my experiences in becoming a published author.

Hello everyone and it’s time for another episode of Brain Food!

In today’s episode, I review the most excellent and fun fantasy graphic novel, the Rat Queens!

Also be sure to go to the Rat Queens website and check them out there!