You ever see something so fucked up that you can’t even get mad?

It’s one of those things that, if somebody told you about it, you wouldn’t believe it unless you saw it yourself. And if you saw it, you’d just stand there staring at it like, “This is so fucked up that I wanna keep it as a specimen for further study. I wanna pin it to a board and dissect it.”

That’s how I feel about Alice in Arabia.

Here’s how ABC described it:

“Alice in Arabia” is a high-stakes drama series about a rebellious American teenage girl who, after tragedy befalls her parents, is unknowingly kidnapped by her extended family, who are Saudi Arabian. Alice finds herself a stranger in a new world but is intrigued by its offerings and people, whom she finds surprisingly diverse in their views on the world and her situation. Now a virtual prisoner in her grandfather’s royal compound, Alice must count on her independent spirit and wit to find a way to return home while surviving life behind the veil.

(And the English major in me notes the parallel between Alice in Arabia and Alice in Wonderland. That’s right–countries with lots of Brown people in them, especially Arabs, are not real places in the real world with real people in them. No, they are nonsensical realms akin to an alternate universe where cakes turn little girls into giants and people play croquet with fucking flamingos and Johnny Depp can breakdance.)

Pro-tip: If you have an idea for a story about people of color, and it sounds like some shit straight outta The Onion or The Colbert Report, DON’T FUCKING DO IT!

Hello everyone, and in this video I discuss my concerns about DC Comics’ newest character, the Canadian Cree teen superheroine, Equinox.

My main concern boils down to DC Comics’ past racial failures, so anything like this just makes me awfully damned cautious.

For added context, here is an article from the CBC talking about Equinox.

One of the most exciting things I love about releasing and promoting a new book is the opportunity to make fun and creative posts like this one where I discuss a little thing called dreamcasting. Now what is dreamcasting, some of you may ask? For the uninitiated, dreamcasting is where I share who would be my ideal picks to portray the players of my novel in the hypothetical live-action adaptation. This often gets very interesting for me because how I envision the characters in my head while writing the characters and the actors portraying them can sometimes be vastly different and it sort of creates a sister universe of my own source material. That will probably make sense to absolutely no one else except a fellow storyteller. In any event, let’s proceed.

meet the players by clicking here…….

And over on Nashville Geek Life, yours truly has a new character study piece on one Scott Summers aka Cyclops.

It’s always honoring and humbling to know that my writing (even my musings on comic books) touches people in a profound way or inspires them.

Last week my buddy Derpetta V. Greene penned this piece based on some thoughts I shared on Facebook regarding three cornerstone characters in X-Men: Wolverine, Cyclops and Storm.

If you haven’t already, have a gander.

Hello everyone and welcome to episode 32 of Brain Food, wherein I review Afterlife with Archie!

It’s a really cool, creepy story of the Archie cast having to deal with a zombie outbreak, and I highly recommend it.

I’m watching the season finale of BET’s original series Being Mary Jane and assuming this train wreck returns for a second season, I certainly won’t be back.

I had misgivings about this show from the start, mainly because it’s on BET, the network that claims to be for black people but secretly hates black people and works to do the work of destroying us on levels that only Klan could dream of.

If you need any more reason to hate this network, simply google the discrimination lawsuit between BET and B. Scott.

The only reason I gave this show a shot and watched it through the entire season is because of my adoration of Gabrielle Union. She’s an extraordinary talent and her longevity in the business is a testament to what an amazing actress she is.

You all know my commitment to marginalized media and often I’m usually more patient sometimes with shows and movies than I normally would be.

Despite being a successful national tv news personality, Mary Jane Paul is a miserable woman who leads a miserable life. Despite being from an affluent family, one wouldn’t know it given that MJ finances her niece who keeps having kid after kid and her brother who is a recovering addict. Her mother is the definition of passive aggressive and MJ’s father just can’t wait for her to die, as we’re reminded in every recap.

I haven’t even covered the fuckery of MJ stealing the sperm of one lover and her having an adulterous affair with another lover and playing as the quintessential home-wrecker. The less said about MJ’s speech to a women’s luncheon on how being a mistress and second best will get you places, the better.

The biggest problems is that these characters are not sympathetic and are absolutely horrid. I get flawed and complicated characters but this show plays into yet another deplorable attack on the image of black people by a white supremacist network.

What’s even more tragic is this show is such a missed opportunity in terms of storytelling and representing black women and other women of color as something other than a train wreck.

Mark your calendars, my second novel, West of Sunset, is scheduled to drop on April 30, 2014.

My sophomore title will be released through Parker Publishing and will be available in both print and digital. Words cannot properly convey the excitement.

“I recalled some sage I once received from two friends, seraphim. They confirmed that the old saying was true. If you ever want to make God laugh, tell him your plans.”

For Brecken Everett, there’s never a dull moment. When he’s not dealing with a demanding course load and honing his magic as top student at Lightmage University, he’s working as a private investigator and using his skills to protect the innocent from the darkest forces. In two action-packed adventures, Breck demonstrates that outnumbered and outgunned is when he’s at his best:

END_OF_DOCUMENT_TOKEN_TO_BE_REPLACED 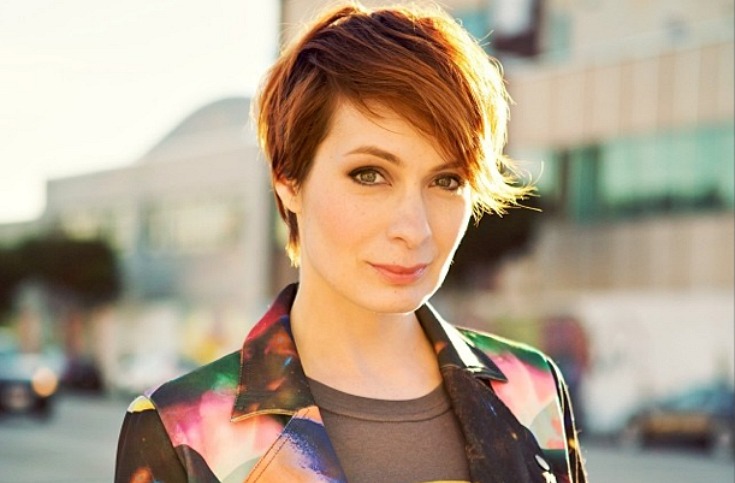 And Felicia Day just schooled the whole damn lot of you and won my cold black heart….yet again.

Spotted on the interwebs: