It’s been a good run, and I appreciate everybody’s contributions to this space. Your posts, comments, signal boosts, follows, and other activity has made Ars Marginal special, and I’m truly grateful for everybody’s support.

However, it’s time for me to end it.

I’m going to retire Ars Marginal by the end of this week. I won’t delete the blog because there is so much here that I want to preserve even as I don’t tend to it anymore. But all future comments will be blocked, and no one will be able to post to it anymore.

This is a decision I’ve been weighing for a while, especially now that other opportunities require my time and attention. Additionally, there are new directions I want to go in for critical media analysis. In particular, I want to do more writing and analysis centered on women of color and fandom. I haven’t yet decided what format this new direction will take, but look for something sometime next year.

Thank you all for everything you’ve done to make Ars Marginal what it is. Please keep me posted on what you’re doing and feel free to reach out to me to talk more about arts and entertainment and critical analysis. I look forward to the great things you will be doing in the future.

As some of you are aware, I’m a pro-wrestling fan. While I’ve followed sports entertainment very closely for my entire life, just recently something very special transpired in TNA Wrestling that would go amiss by even the most astute observer.

If you’ve seen Orange Is The New Black, the new Godzilla movie, Pacific Rim, or any of a host of films and TV shows that have a white (usually male) protagonist front and center while the more interesting characters of color are pushed into the supporting roles, you’re probably familiar with this.

In essence, because white people only care about white people, there needs to be a white character involved in the story even though, narratively speaking, it should be about the characters of color.

Like fucking Dances with Wolves. Everybody knew that the Lakota characters were way more interesting than John Dunbar’s white ass. As far as the story is concerned, Kicking Bird and Wind In His Hair were the real main characters.

Fucking The Last Samurai, which is Dances with Wolves Goes to Japan, but far less self-aware about those pesky issues like racism and imperialism. I don’t think anyone watching that movie needed Tom Cruise to help them understand these characters, their world, or their story.

Don’t get me started on The Help. Like any of us gave a flying fuck about Skeeter’s ass when Aibileen and Minny are the real heart of the story.

This Trojan Horse shit is so bad that even white folks are starting to notice this shit!

I would like to take this moment to say…

They think it’s so damn clever, too. “Have another attractive white man. SIKE!“

Really? That’s the best they can do? Not creating three-dimensional characters of color. Oh no, that would take too much effort. No, they gotta put boring-ass white folks in the center of the narrative because that’s what they say audiences want and expect. And yet those desires and expectations inexplicably have nothing to do with the ways that mass media force-feeds people white supremacy from the day they’re born. That whole message that only white people are important apparently comes out of thin air. It’s always, “The audience wouldn’t see that,” or “The audience doesn’t want that.”

How about this one: “I’m a lazy, racist asshole with no imagination, and I think everyone else is too.”

So many movies already made a shitload of money with nary a White Tour Guide Character in sight. You don’t need a white character to ease the audience into giving a shit about characters of color. You just need to give characters of color the same care and attention as you would the white characters. As a matter of fact, all that time and energy spent on this random-ass white dude or white chick would be better spent on giving the characters of color more to do in the story besides help some white person fulfill their destiny or whatever the fuck these assholes think people of color ought to be doing.

These muthafuckas need to cut the fucking shit and just admit that they don’t wanna see our Black and Brown asses on screen more than they absolutely have to unless we’re helping white folks or making them laugh at us.

Or, at the very least, stop breaking their arms patting themselves on the back so hard for deigning to have a Brown or Black face in the supporting cast.

Hello everyone, and welcome to a new installation of Brain Food At The Movies, wherein I talk about the latest from Marvel Studios, Guardians of the Galaxy!

I tell you, if JJ Abrams has seen this, then he has to be sweating nervously because I think this was not only a great superhero movie, but a great space adventure overall, which is what Star Wars has to be.

It was also good to see people of colour in all ways of life here. Yes, it’s still annoying that the only main characters of colour were blue, green, and gray with red markings (in other words, POC that aren’t REAL POC), but it showed that they exist, which is something that Russel T Davies did during his run of Doctor Who. You got to see POC throughout all different worlds and time periods.

To say nothing of the myriad of movies, TV shows, and comics that have had leading POC and women that have been successful.

Hello everyone and welcome to another night with Netflix, a.k.a. Brain Food At The Movies.

This time, I take a look at The Wolverine, the latest in 20th Century Fox’s attempts to keep a hold of the X-Men franchise.

It’s not as bad as The Amazing Spider-Emo, but still…

Also, in light of just how gun-totting they make the gangsters of Japan seem, I’d highly recommend reading this article, A Land Without Guns. Very enlightening stuff.

I love the Walking Dead Talltale games because to me, they represent better characters and writing than the show did until its third and fourth seasons.

All of a sudden, we have a story that focused on a black male protagonist doing what he can to keep a young, black girl safe from this world that has become even more dangerous for them.

In various mediums of entertainment, not to mention the real world, and especially in light of recent events, we’re told that the lives of black people, let alone other people of colour, do not matter, and here was this Walking Dead game that said otherwise.

However, it’s not without its flaws, and season 2 has shown us this in an incredibly horrific way with the death of Sarah, a mentally challenged latina.

And what’s worse than the fandom calling for her death?

When the creators agree with them as well, which is discussed in this excellent post.

It’s disturbing and disgusting, and you can watch it here.Trigger warning as a bunch of asshats describe how happy they are that a disabled young girl of colour is killed off.

There are hardly any disabled characters that I can think of as of late, what with DC Comics getting rid of Oracle, and almost next to none that are people of colour to boot. While the Walking Dead has killed off plenty of characters, creating one simply to be fridged is nothing short of disgusting. 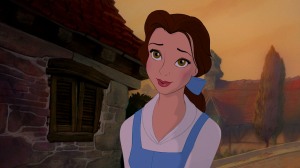 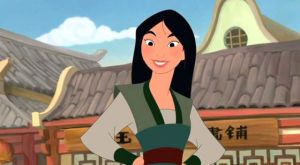 Oh and by the by, THIS is the movie that should’ve happened. 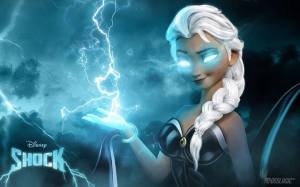 Do you see anything wrong with this picture?

Hello everyone, and welcome to another episode of Fandom Sickness, wherein I call out the silent enablers who do nothing, say nothing, to help women who are sexually harassed at conventions.

This came about after hearing of yet another groping done at the SDCC this year, which you can read here.

As for some of the things I talk about in the video?

Lucille Ball SAVED Star Trek before it was ever on the air.

Hello everyone and welcome to Brain Food, wherein today I review the newest book from Denny Upkins, West of Sunset!

And to check out more awesome music by Black Violin, go here, and buy their music too!