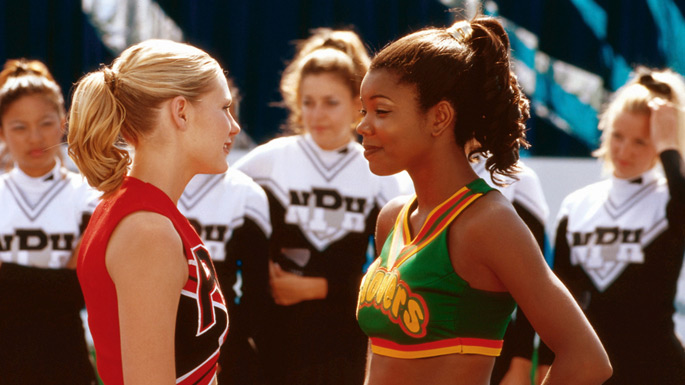 Say what you will about the film Bring It On, its commentary on cultural appropriation, racism, white privilege, white supremacy, the exploitation of black culture seems to be more relevant now than when the film was released 13 years ago.

A few examples among countless others:

Robin Thicke ripping off one of Marvin Gaye’s music and then suing the late singer’s estate (file that under fucked up shit only white folks would pull); Macklemore ripping off rapper/producer Le1F to make (oh you really believed a white boy came up with that all on his own, that’s cute) Same Song; the mockery of the Harlem Shake; no black artist receiving a VMA at this year’s MTV Music Awards, and we’re talking in categories like R&B, rap, hip hop, etc; And speaking of MTV Awards, we musn’t forget Miley Cyrus’s parody of a Twerk fiasco.

Yes it was a fiasco. What’s with the shocked look? Yes I said parody. As in that dance predates Miley’s discovery of of it. I know you don’t think a white girl made that shit up.

Yes I realize Cyrus’s white privilege made twerking a dictionary entry but the reality is the dance has been around for a decade if not longer. Hell going back to the Harlem Shake, Diddy introduced that to mainstream in his videos back in 97.

Which brings me to my next point, New Rule: If you’re going to rip off black culture, at least have the class to do it in the same decade, let alone the same century.

I mean seriously, every time we get some, here y`all come trying to steal it, putting some blonde hair on it and calling it something different.

The thing about cultural appropriation is that while it may pay off for a season, eventually it usually comes back to haunt you with a vengeance. Case in point: