So recently I participated in The Next Big Thing blog hop, thanks to good friends Catherine Lundoff, author of Silver Moon and Satyros “Satyr” Phil Brucato, author and designer of Deliria: Faerie Tales for a New Millennium.

As others have explained, The Next Big Thing is a branching pyramid-of-prose for authors to discuss their latest release or WIP. Each author answers some preset questions (see below for my answers), and then tags five others to go next week.

Today I will be discussing my upcoming novella that it tentatively due out next year. 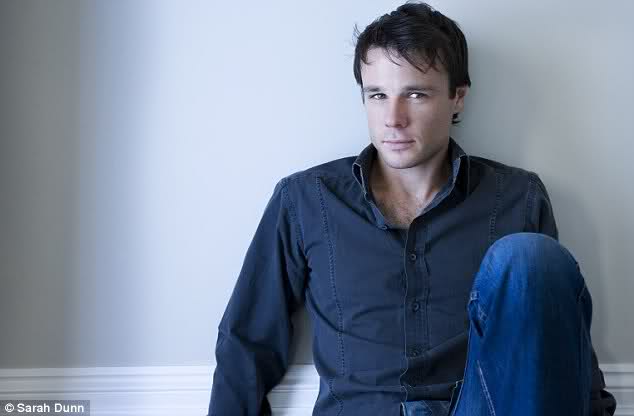 What is the working title of your book?

Where did the idea come from for the book?

There was actually several factors which led to this novella being written. I had been wanting to share Grant Ness’s story for quite some time but for the life of me I couldn’t figure out the best way to introduce him.

For the last year I’ve adhered to a personal mandate to start producing more stories that feature LGBTQ and/or protagonists of color as the primary or central characters. I wasn’t seeing enough good stuff out there and I definitely wanted to do my part to improve things. Particularly I’ve been wanting to write an action hero who happens to be gay. One who debunks many of the homophobic tropes and stereotypes that often inundates stories with gay leads.

What genre does your book fall under?

Which actors would you choose to play your characters in a movie rendition?

Dreamcasting time. You know I love it.

I actually have several actors in mind for the role of Grant, but the actor I always find myself inevitably coming back to is Rupert Evans. I’ve been a huge fan of his work for many years. He has an earnest vulnerable boy next door quality that is also juxtaposed to a strong assertive leading man aesthetic which would serve the portrayal of Grant quite brilliantly.

Casting an actor for Van was surprisingly the most difficult. As Grant’s best friend, Van possesses an uncommon blend of innocence and strength that is not easy to portray in film. It would take a special kind of actor for that part and Brian Geraghty fits the bill quite nicely.

With an All-American look and classic leading man qualities, Drew Van Acker definitely is a perfect fit for the angelic role of Kyle Hunter.

Given that she was one of the inspirations behind the character Elanore “Elle” Peters, it’s only logical that this heroine would be played by the beautiful and multi-talented singer, dancer, model, actress, Kat Graham.

When it came to picking an actress who could hold it down as the ruthless villainous vamp Jordan, Olivia Wilde was simply a no brainer. She has a presence and a swagger that you definitely want in a villainess.

What is the one-sentence synopsis of your book?

Will your book be self-published or represented by an agency?

Thankfully an excellent publisher has already called dibs on the novella. More details to follow when I’m able to make an official announcement.

How long did it take you to write the first draft of your manuscript?

About a month or two. I finished it this summer. What was amazing was that the story practically wrote itself and after I did the initial outline, it took a life of its own.

What other books would you compare this story to within your genre?

I think fans of the Harry Dresden series, or for that matter fans of TV’s Torchwood and Angel will definitely want to check out this title.

Who or What inspired you to write this book?

A lot of things: Kasabian’s track, Julie & the Mothman which I played repeatedly while writing and editing the book. I wanted to share a story a featuring an action hero who happened to be gay in the spirit of say Jack Harkness (yes I know technically he’s omnisexual) and Midnighter. Just as important I wanted to pen a tale featuring a black heroine (Elle) who’s complex, affable and portrayed with respect. I also wanted to commemorate a memorable trip I had with my best friend.

What else about your book might pique the reader’s interest?

It’s action packed and there’s more than a few surprise twists. West of Sunset also contains a lot of comedy. I don’t think we get enough of that in urban fantasy as it’s a genre that often takes itself way too seriously.

Now, I tag these five authors to answer these same questions next Wednesday if they so choose:

Thanks for reading. And well….stay tuned.

One thought on “The Next Big Thing: West of Sunset”